We supply pilot and embarkation ladders.

The wooden pilot ladders are deliverable in different sizes. Both the pilot and embarkation ladders are made from manilla rope in accordance to ISO regulations.

The ladders are made by threading and fixing a series of hardwood, machined steps, each approximately 500mm x 110mm, onto two pairs of 28-30mm diameter manila ropes, and binding each step to the ropes at 350mm intervals.

At a maximum interval of 8 steps, the standard step is replaced by a spreader, which is an elongated version of the standard machined step, with a minimum length of 1.8 m. The spreader’s function is to prevent the ladder from twisting in the prevailing weather conditions when in use.

The lowest four steps of the ladder are normally made from a synthetic or composite resin, which is more resistant than hardwood, to the interaction between the host vessel and the pilot boat coming alongside.

Because the decks of most commercial ships are far above the waterline, pilots and others who need to come aboard at sea can usually only do so if a pilot ladder is put out. When not being used, the ladder is stowed away (usually rolled up) rather than left hanging. 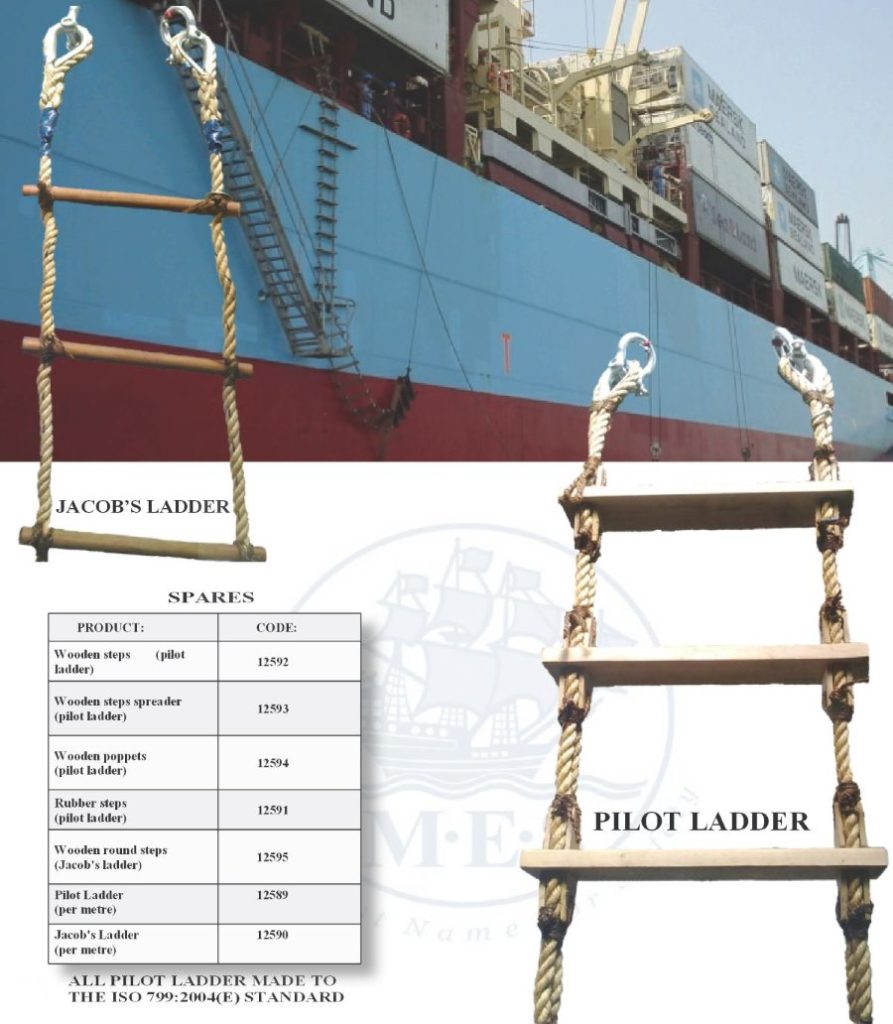